It’s day six and we are all currently sitting in the airport, running on about 3 hours of sleep, but nevertheless, it was another incredible day in Ecuador, and sadly our last.

We arrived at the school nice and early after a delicious breakfast, per usual. Science did the diet coke and mentos volcano experiment, English taught the “Our Father” prayer through a fun coloring activity, and Rec had “free play” which consisted of bubbles, sidewalk chalk, and lots and lots of soccer, all while preaching about joy and God’s love. But in all honesty, these kids have taught us so much more that we could attempt to teach them. Their hearts are so pure and so happy, despite the conditions of their lives. You could see in their tear-drenched faces how much our presence meant to them. You could hear it in their words, you could feel it in their hugs.

It was heart-wrenching to have to leave them after such an impactful week. To send us off, all of our students were in a big room, where the kids and teachers gave us goodbye gifts which consisted of posters, hand-written cards, and homemade flower pencils. After our sad goodbye, we ate some bomb bistec sandwiches for lunch, then headed over to what will soon be the new campus of Amor y Esperanzá.

At the work site most of us mixed concrete, took way too many pics, and laughed a lot, while the rest built the wall. We went home to the compound and took record quick showers (with extremely low water pressure) and packed (aka threw stuff into our bags). Pancho blessed us with a final devotion talking about faith. This really tied together the rest of the week, and really encouraged us to actually put God’s will into practice instead of just talking about it. He is such a powerful man and his love and passion for God is so admirable. The Zola family (Pancho, Pitty, Danny, Mateo, and Maria Victoria) is such an inspiration of what a family should be, and they invited us into theirs. Between the Zola’s, the children at the school, our leaders, and our fellow teammates, I don’t think I’ve ever felt so much love in one week. We had some pizza and gave them our thanks and went through the extremely long process of flying internationally.

When I started to write this, we were waiting to board our flight that had been delayed about an hour. About 20 mins after boarding, we were informed that it was past the legal time for us to fly with that crew because they had been on duty for too long. We clutched as many airline pillows and blankets as we could. Most of us were upset but a few of us were excited, realizing this was part of God’s plan, and that he had a reason for keeping us the extra time. We practically made a fort with all of our bags, pillows, and blankets. All of us were a bit delirious. Actually, a lot delirious. To our right was a group of middle schoolers who were on a school trip and from Philadelphia. Us being a little more out of our shell than usual due to the lack of sleep, decided to tell them about our good friend Jesus. After preaching the gospel for a bit, everyone passed out in the terminal besides Ella (me) and Victoria who decided we wanted to pull an all-nighter. Spoiler alert: it didn’t work out, but we did only sleep for less than two hours. We were hanging out, being paranoid, and drinking coffee along with James, while everyone else was passed out in the middle of the airport floor, and Angel and Freddy were standing in line in order to secure us a hotel room. They were in line for multiple hours and long story short we didn’t get a hotel because the way the timing worked out, we would have only been able to stay at the hotel for an hour, if that gives you any indication about how late it was. So yes, your children, grandchildren, nieces and nephews, and friends, slept on the cold tile floor in the middle of a South American airport! Yes, we have been at this airport for multiple hours. But we are standing here (it’s now Friday morning) dancing and singing and playing and praising God through it all. Because if there is one thing we learned this trip, it’s that the enemy is going to try to separate our heart from God and destroy our faith, but we will make him flee in the name of Jesus Christ. For God is good all the time, and all the time God is good!

From your DAWGS,
Ella Almaguer and Zayn Lakhani 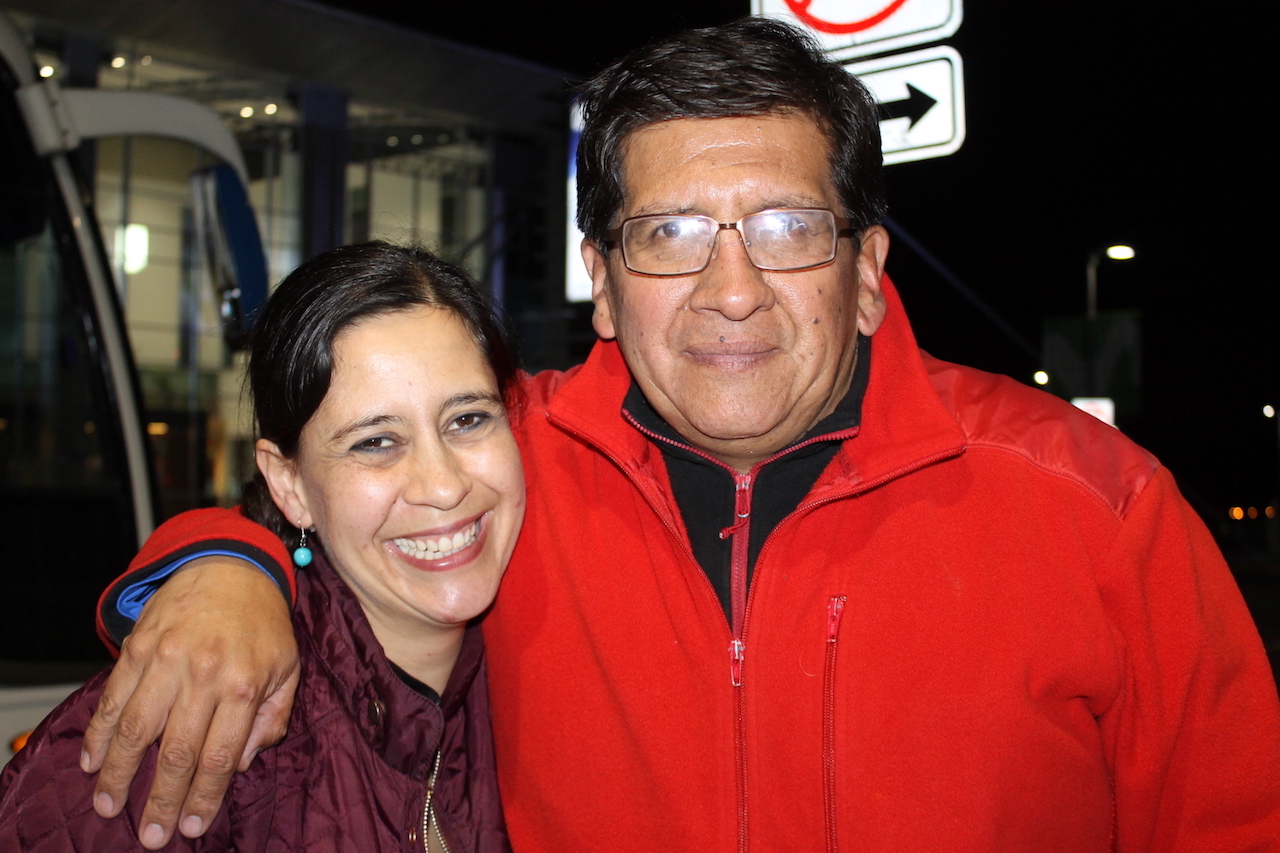