THE UNSTOPPABLE HAND OF GOD

When we sat in a Chili’s restaurant in San Jose, Costa Rica with the Schancks and Fredder having traveled together with Mama Angelica, Papa Yuri, his mom and grandmother by plane from Nicaragua, we were all pretty sure not a single one of us would have ever orchestrated things in this way.  But as we all shared and said goodbye’s with tears and telling stories, Papa Yuri made mention of “the unstoppable hand of God” on Fredder’s life. 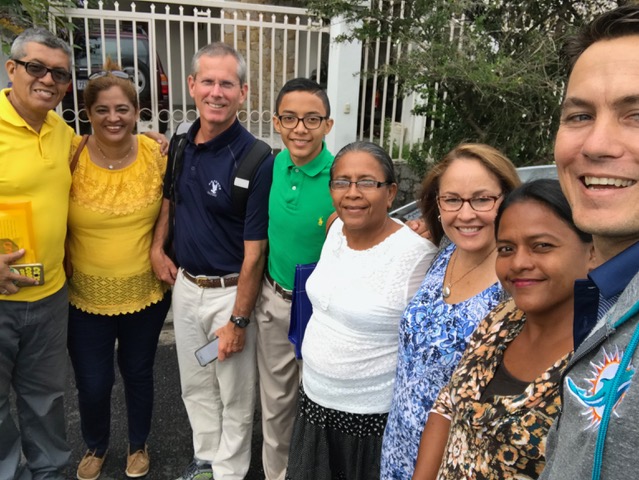 This boy from the trash dump who is now a growing teenager is on to another journey with God in his life.  He is surrounded by an extended family that loves him and will fight for the best things in his life.  For Angelica and Yuri they were sending their son off to college a couple years early.  Because, over the last decade they have loved for and raised Fredder at Casa Robles.  For Karen and Hillery after helping from afar they were bringing Fredder into their home with full intent to love him and provide for him as part of their family.  For Fredder’s grandmother and mother there was a thankfulness for the help through impossibly hard times and an excitement for his future.  For God, it was his hand on Fredder’s life, giving him opportunity, giving him education, giving him talents, giving him influence, and who knows what else…God’s unstoppable hand!  What Yuri said was 100% true, and we got to experience that in the way we all ended up there. 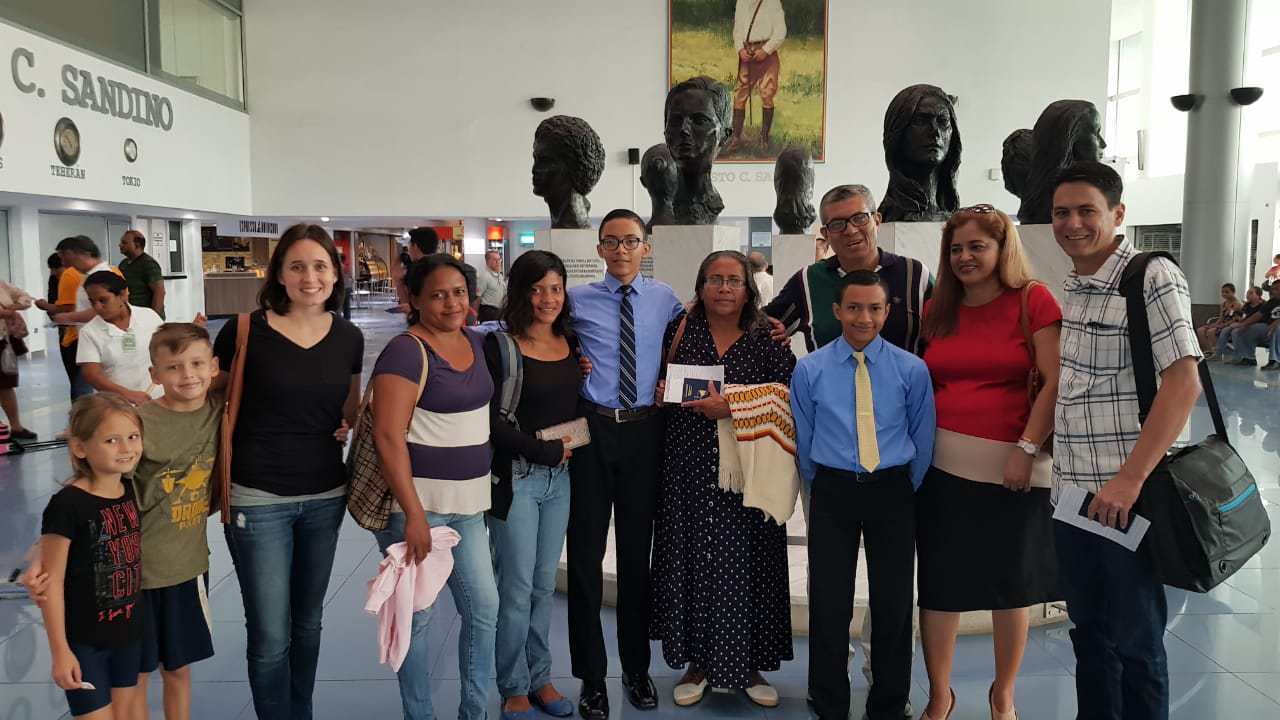 This exciting possibility of Fredder being able to go the US to study with the Schancks began in the early Spring.  The Schanck family had spent years visiting and working with us at Casa Robles and with Open Hearts Ministry in general.  That is how they got to know Fredder.  So, when I asked about something like this happening for him they were in and we started the process.  Then we had a very unexpected curve ball, Nicaragua suddenly descended into a deadly political crisis.  All of a sudden the U.S. Embassy was closed, travel to Nicaragua was restricted and American citizens were told not to travel to Nicaragua.  How were we going to do an interview for an F1 Student visa if the Schancks couldn’t come down and the embassy was closed?!? 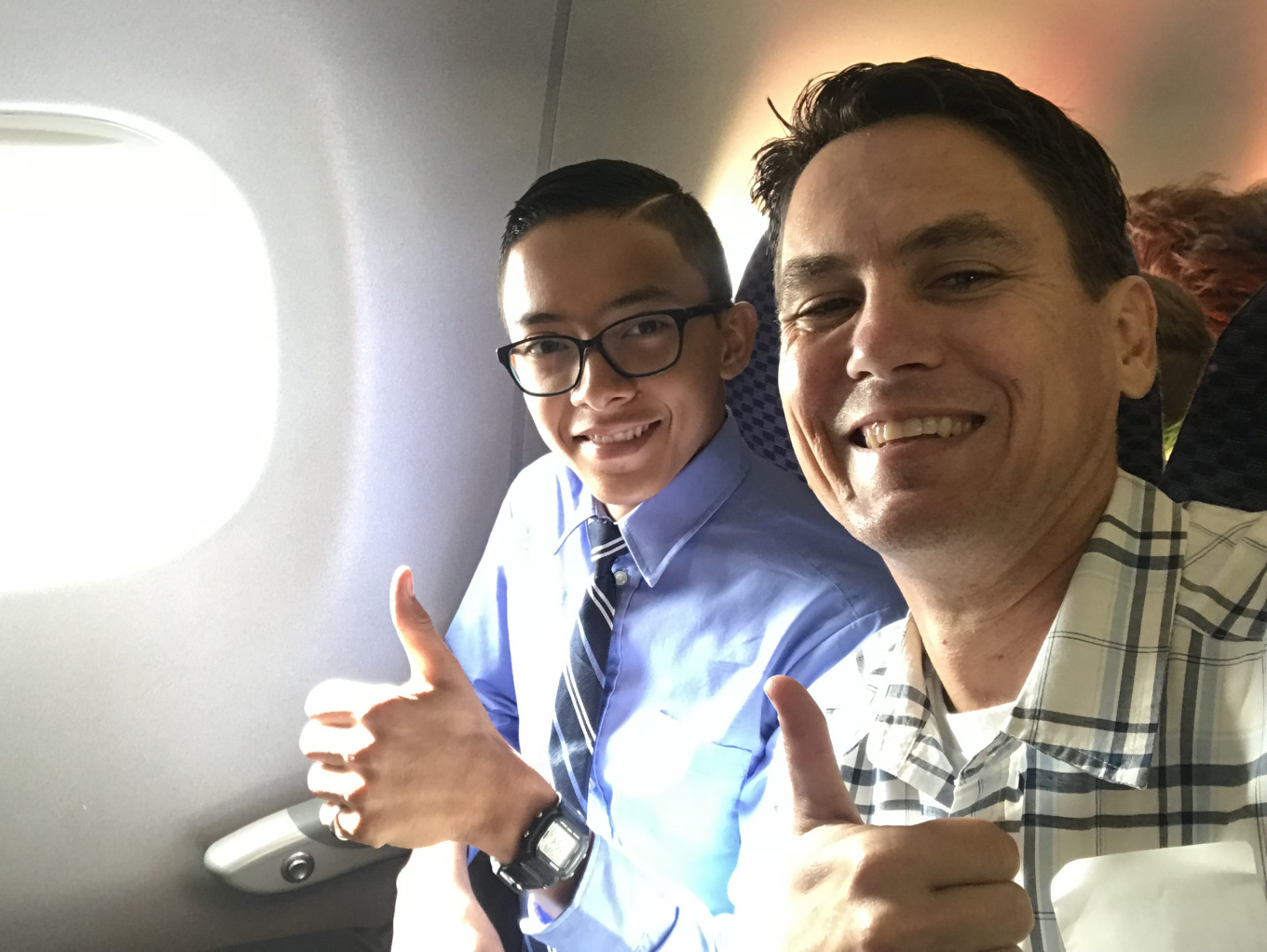 It was a huge curve ball, but God’s hand is unstoppable.  So we patiently waited for things to change as the summer passed.  But, they only go worse as the government viciously oppressed the people.  Things were not safe, and the only other option was to go to another embassy in Central America…..Costa Rica here we come!  There was a pretty big obstacle though, nobody had ever flown before from our Nicaragua crew.  So, we had a lot to do.  We had to get passports for Fredder’s mom and grandmother, which was complicated by the lines of thousands trying to flee Nicaragua.  Everyone needed a Visa from the Costa Rican government to travel as Nicaraguans.  Things were so full in Managua that the only appointments available where in Chinandega a two hour drive away.  The Schancks had to make plans now to travel to Costa Rica and meet us there as well as shift all the US Embassy appointment and paper work from Managua to San Jose.  Oh and we also had to get legal documents allowing Fredder to travel as a minor as well as apply for exit Visas to travel from Nicaraguan Immigration.  It was crazy….but all of a sudden we were flying on a plane to meet in Costa Rica!  A crazy awesome experience …nobody had ever been on a plane before, so you can imagine how cool that was! 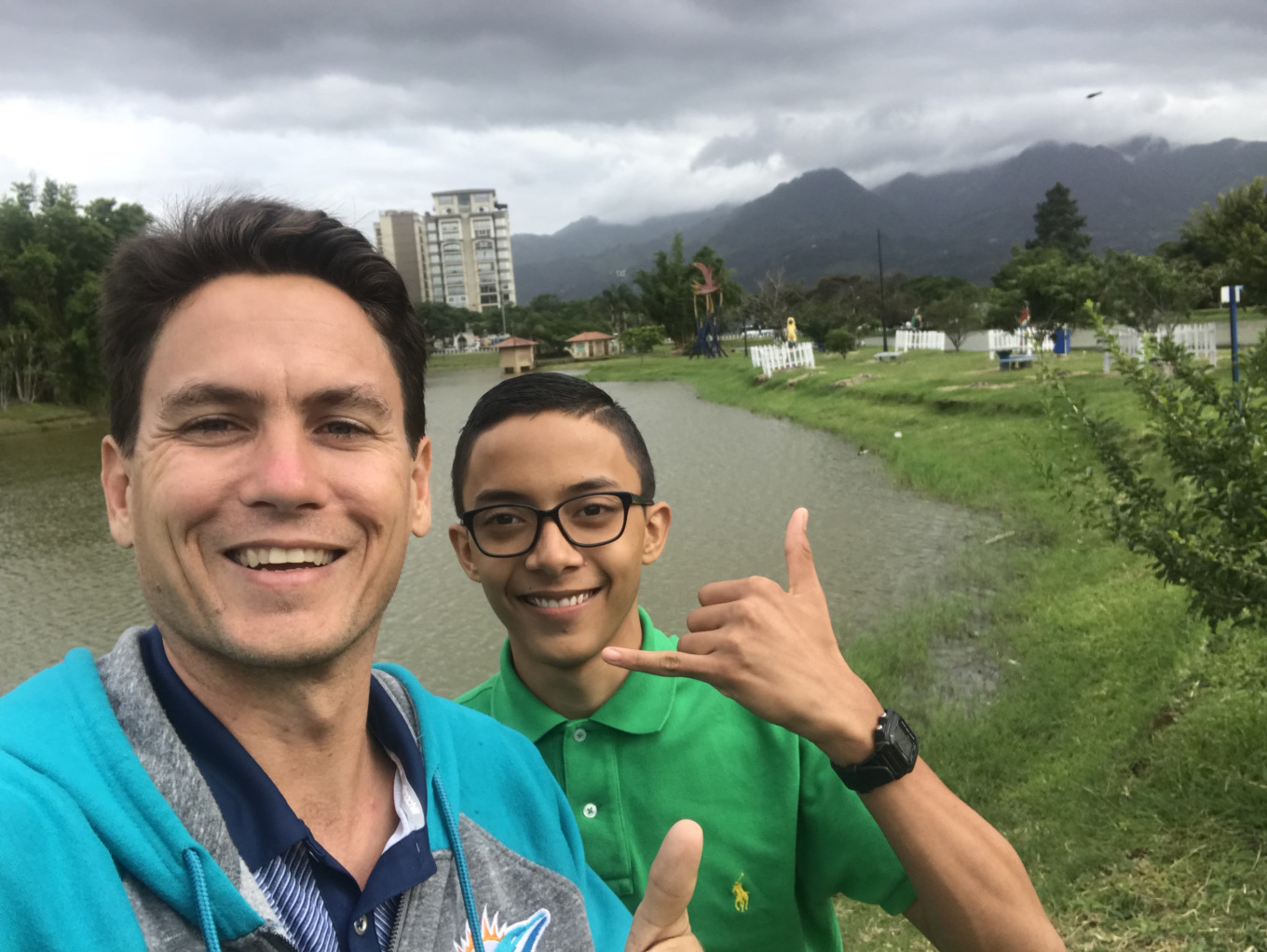 In Costa Rica we had the last curve ball thrown at us…but God’s hand is unstoppable.  All things were in order with paper work.  We had the expectation that Fredder, his mother and the Schancks would go in for the interview.  When we arrived and got in line we were told only Fredder and his mom would be allowed in!  HUGE curve ball…how will Fredder do?  How will his mom do?  What about all the personal info only the Schancks could answer?…if you know me, you know I insisted and insisted LOL!  But they did not budge.  We handed Fredder and his mom all the paperwork, we prayed together right there in that line (I even asked the embassy lady to pray with us…she did), and then we sat outside the embassy.  Waiting and praying for two hours.  Hillery is awesome, while we were waiting he leaned to me and said, “The Lord’s put all this in order, Fredder’s got this, I am not worried.”  Amen!  They came back out two hours later and said APROBADO!  I definitely did a football game yell and we all jumped up and down! 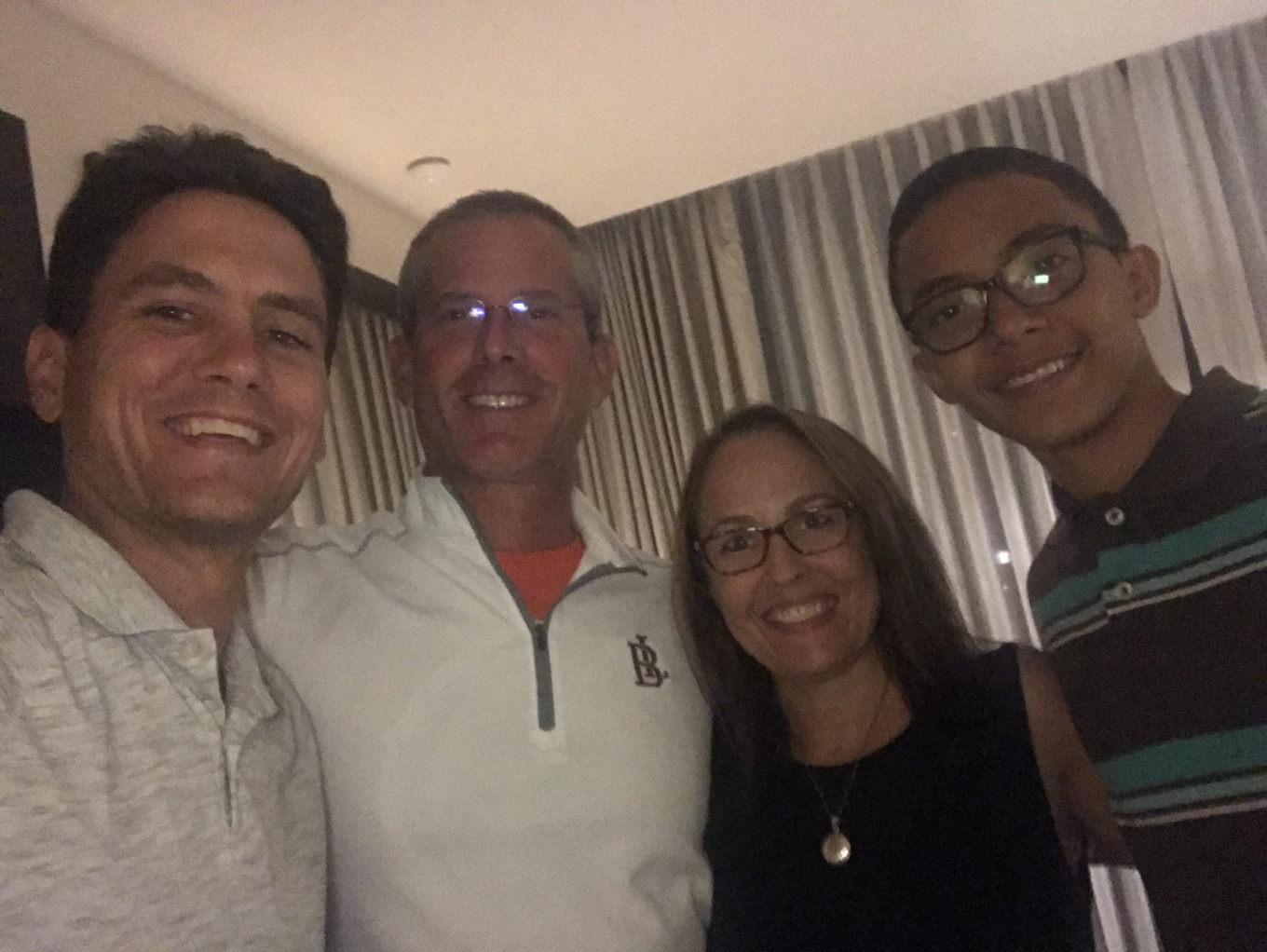 God’s hand is unstoppable.  Fredder said that inside during the interview, the first thing he saw was a passport off to the side that said “Denied”.  He told us they started the interview with him only in English and asked about seven different questions.  The first one was “What school will you be attending in the U.S.?”  We didn’t do much prep for him being alone, but he said he just remembered, “Norfolk Christian School.”  Papa Yuri had spent time with him online looking into the school, we’ve had friends visit for years from Norfolk as well, so that helped him remember.  Then he went on to do the entire interview in English!  He was such a champ and I am so proud of him, we all are.

The way everything came together really was a wild experience, Praise Jesus!  We really appreciated all of your prayers over everything.  Please keep praying for Fredder and for the Schancks as this school year starts.  It is an entirely new experience for Fredder and certainly a new experience for the Schancks too. I am sure there will be lots of adjusting and many things that the Lord will have to order and bless.  It is so exciting and encouraging be a part of a community of friends who love God and are willing to go all out to do wild things for Him.  We all love and will miss you Fredder!  At the same time, It is so exciting!  Amen.