Paul wasn’t quite two years old, and his brother about four, when the Great Depression hit (1929).  Their father was among the one-in-four American men who lost their jobs.  To survive, Paul’s dad plowed up the yard and planted a garden.

In time, Paul and his brother helped by loading up their red wagon and peddling vegetables.  Later, when other boys were playing football and enjoying after-school activities, Paul and his brother were delivering the Kansas City Star each afternoon and rolling out of bed at 4 A.M.  . . . 365 days a year . . . to deliver the morning edition of yet a different paper.  Both boys gave their entire weekly earnings, $10 each, to their dad to help support the family.

When WWII came along, fighter pilots were considered real heroes, and Paul decided he wanted to become one.  He enlisted in the Navy flight program and flew planes off aircraft carriers during the Korean Conflict. 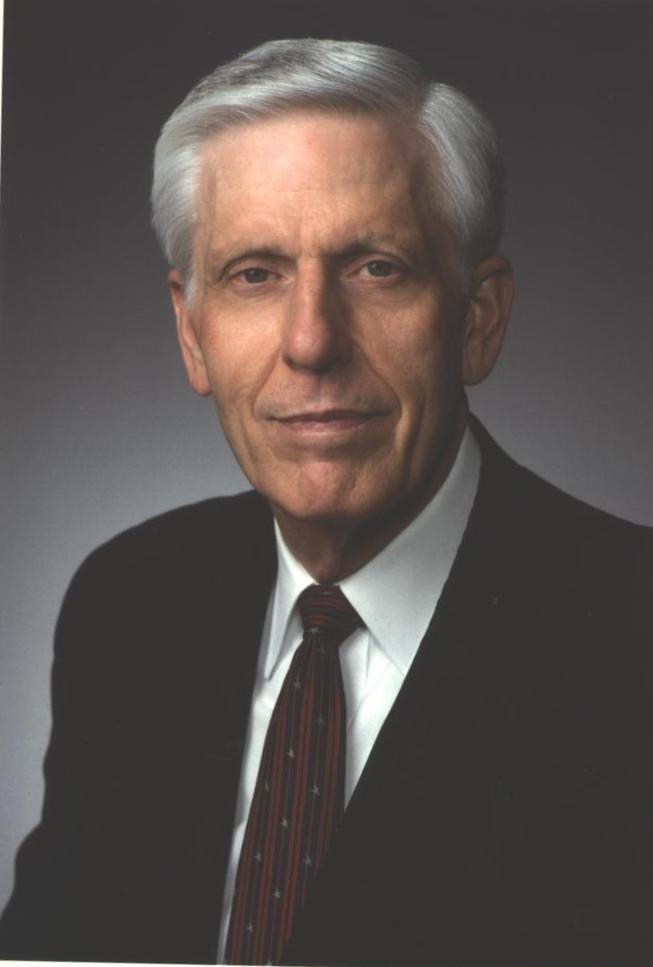 But the single most important thing that happened during those young adult years occurred when Paul attended an evangelistic meeting at 2nd Baptist Church in Corpus Christi, TX.  That night he made the decision to trust Jesus Christ as his Savior and Lord.  He started reading the New Testament, and as he says, “It changed my life forever.”

The Navy paid for Paul’s four years of college, and the GI Bill paid his expenses for Harvard Law School.  Paul began working at a law firm from 8:30 A.M. until 11:00 P.M. six days a week.   His wife recounts that Paul ate standing up to keep from falling asleep.  In time, Paul rose above other lawyers in his group and became a major partner in the firm.

In addition to working hard, Paul has also invested much time and energy in ministering to prisoners through the Bill Glass Ministry, Chuck Colson’s Prison Fellowship, and as a trained, FBI-screened, volunteer prison chaplain.  For over twenty years Paul has been speaking in state and federal prisons, sharing his true story of hard work, determination, sacrifice, perseverance, and solid commitment to Christ.

He serves in the Bill Glass prison ministry along with a team which includes professional football players who tell their own stories of how drugs and other problems wrecked their lives until they received Christ and allowed Him to change them completely.

Paul follows these testimonies with his own life story and a clear gospel presentation using the Four Spiritual Laws evangelistic booklet.  He provides a copy of the booklet for each prisoner and asks them to follow along as he reads through it.  He invites those who want to receive Christ as Savior and Lord to read aloud with him the suggested prayer.   Many prisoners have prayed that prayer with Paul!

In most states, around 80% of released prisoners return to prison within 5 years.   But in his state, with its thousands of trained volunteer prison chaplains, plus churches that come alongside men coming out of prison, the recidivism rate is only 21%.

At a state prison near College Station, TX, Paul speaks at all-day training seminars for soon-to-be-released prisoners.  The lessons cover practical topics such as marriage, finances, raising children, finding a job, etc.   He explains the necessity of not only joining a good church, but also connecting with new friends in a Bible study group.  He warns the men that if they go back to their old friends, they likely will go back to doing the things that landed them in prison in the first place.

Paul retired from his law profession four years ago at age 86.  He still does 50 push-ups two to three mornings per week.  And he still contacts our Cru-New Life Resources office to order the Four Spiritual Laws evangelistic booklets . . . almost 18,000 copies over the past ten years!  Every week he still takes those booklets into prison to teach and train men how to be forgiven and truly free in Christ.

What a privilege it is to help provide high- quality ministry tools to “ministering Christians” like Paul. Thank you for your partnership with us!