Hey guys, it’s your boys, Reed, Max, Spencer, and Colin, coming at you with another blog from Jeanton. It’s day 4 out here and we are having a wonderful and eye-opening experience. Today started like any other day, with Tim banging on our door an hour before breakfast when we only need 10 minutes to get ready. At breakfast, we ate ham and cheese sandwiches and pasta. We loaded up in the battle bus and then dropped at church. The kids waiting at the church were smiling from ear to ear and jumping up and down in excitement. We started the morning with some warmup rounds of “Kana Kana Zwa” (which translates to duck duck goose) where several people, including Reed multiple times, tripped and fell chasing the kids around on a slippery floor. It was then time for the team to present the Easter story. It started out with worship, where Reed did an amazing job on guitar, and the kids all jumped and danced around in joy, singing in both English and Creole. Next up was the Easter Bible story, led by Kaylee, which was a talk about Jesus’s life, crucifixion and resurrection. The presentation included our own team members, with Thomas starring as Jesus and Max starring as tombstone #2. The best part about the presentation was the joy we could see in the kids. They were filled with so much happiness during worship that it was infectious to our team. And during the Bible story, we could tell that the kids were invested in what we were presenting, and that they really believed in Jesus and His love. Following the group presentation, we split the kids up into our VBS groups (games, scripture, and crafts) and had a lot of fun with them. We then took a quick break at the hotel but quickly returned to the church, where the kids were even more excited to see us than they had been that morning. The kids told us the reason why they love it when we come is that we make them feel loved. That is the reason why God put us on the earth and in Jeanton, to spread his everlasting love. After we ate lunch, we went back out to play with the children for a couple of hours, which were precious. The way that the children hold our hands and want us to be with them even though we can barely communicate to each other is incredible. Once it was time to leave, we said our goodbyes to the kids. Five minutes after getting on the bus, we already missed them! Even with this, we felt ok knowing we would see their faces again tomorrow. After an incredible shower time, we headed over to dinner. We were served chicken and French fries. During dinner we realized that there was a doctor staying at the same hotel with us, so we had him check out Max’s scratches. He was taken local kid’s center that was just outside of Jeanton. Don’t worry, he’s going to be alright. When Max got back to the hotel, the team participated in our nightly debrief/devotional. Following a worship session, the team talked about staying focused on why we are here, which is to live out God’s plan in Jeanton. We also shared experiences about our days with the kids, which further opened our eyes to what’s been going on in our mission. That’s it for now guys, make sure you like and subscribe and comment down below.

Signing off for the last time,
THE BOYZZ
GAS 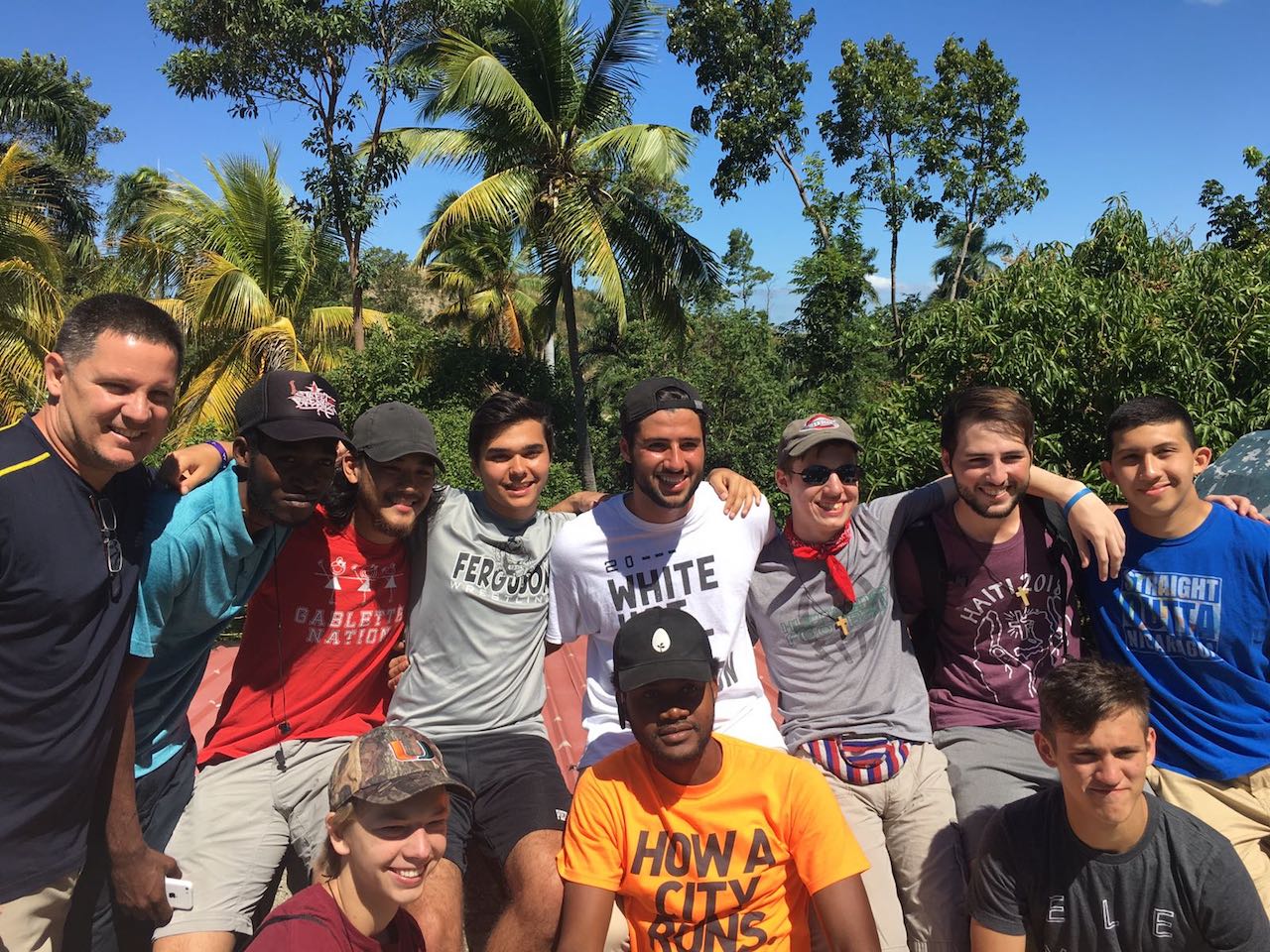 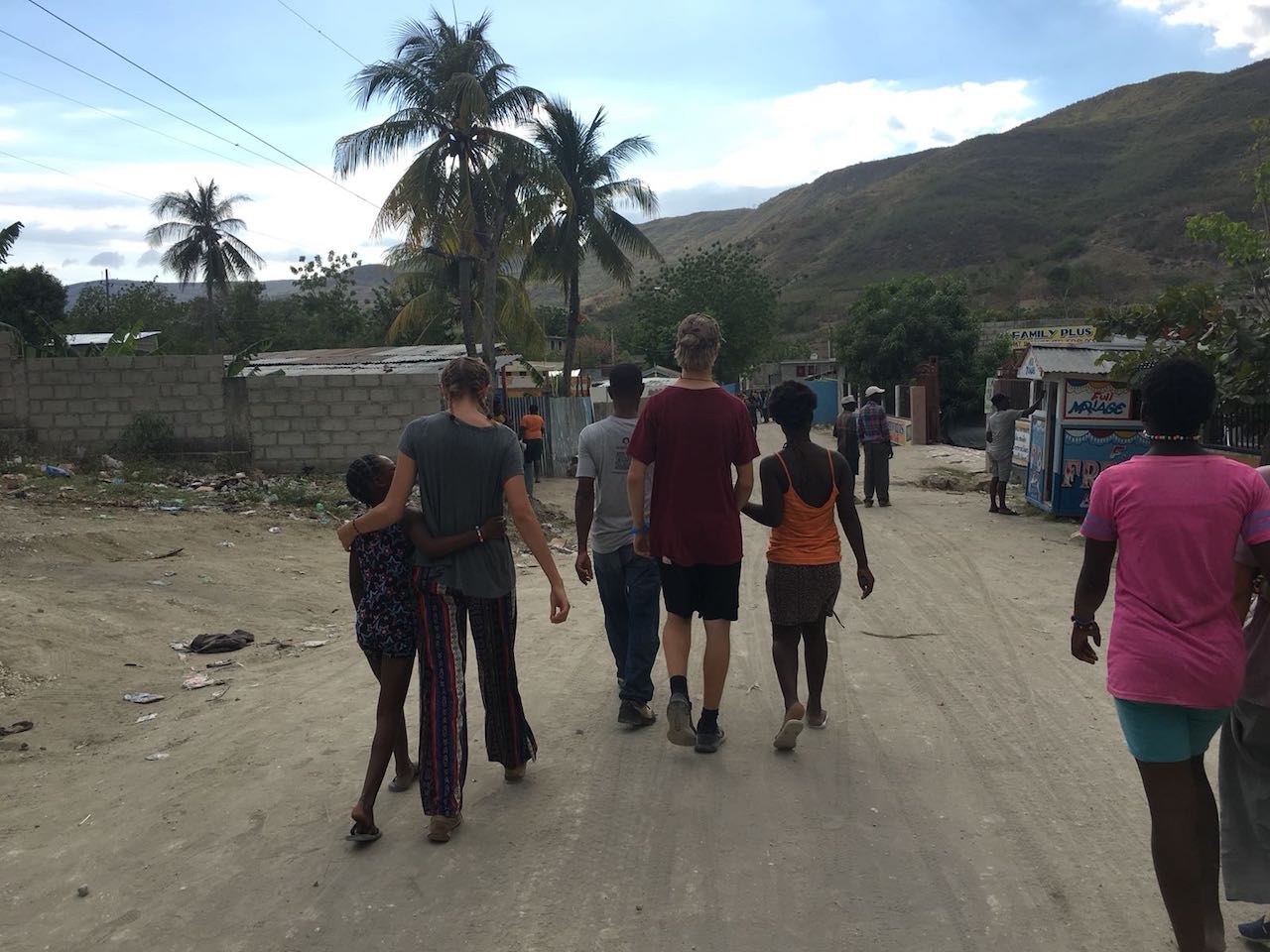