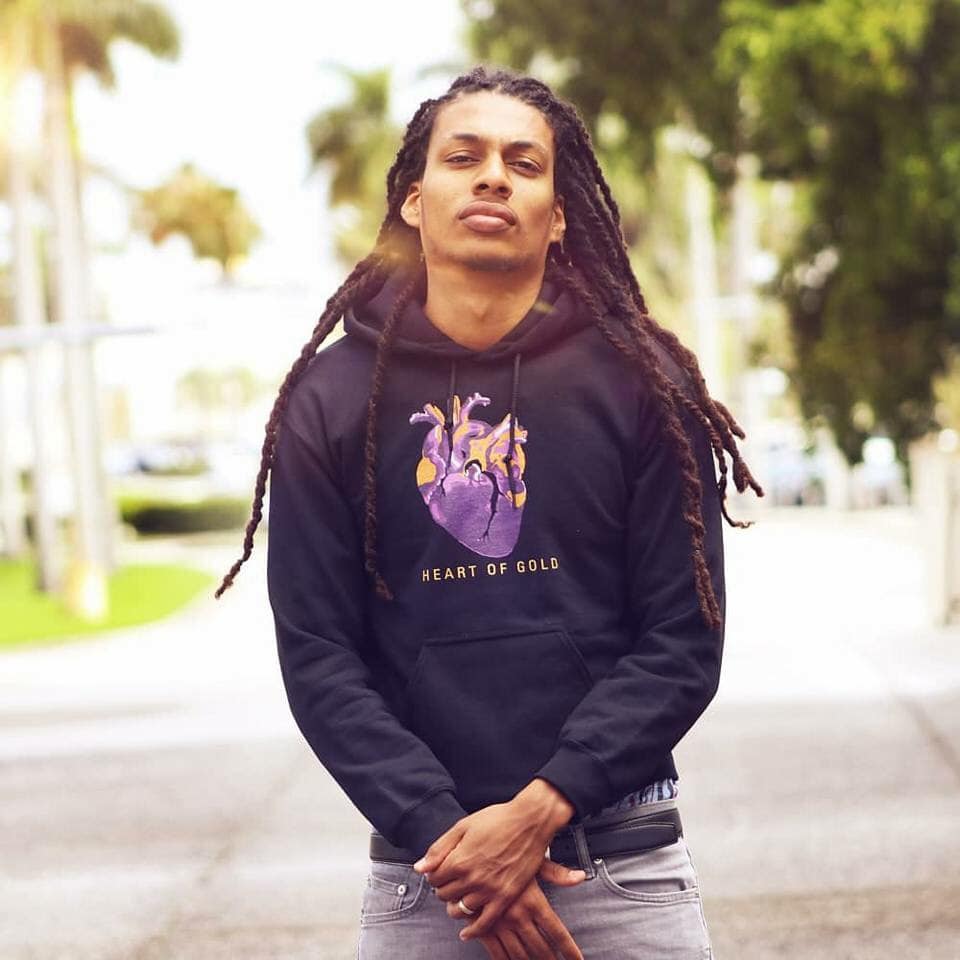 I was born Christopher Miller-Gonzalez in Hartford, Connecticut and moved to Miami when I was 6 years old. I grew up with Cuban immigrant parents and my younger sister, until my parents separated when I was about 10 years old. Growing up, my mom would often attend the Jehovah Witness church. I never felt any connection to God or the sermons that were preached. When my parents separated, my sister and I were living with my mom until she could no longer care for us.

We were sent to live with my dad, and though he tried his best to encourage me to stay on the right path, somehow I always ended up flirting with the wrong one. I hung out with a group of friends who would rob and throw rocks at moving cars for fun. They would boast about how many girls they dated, and often teased me because I wasn’t having sex. The music I listened to promoted a life of drugs, gangs, violence, dishonoring women and disrespecting authority. It’s influence began to show in the way I lived. I started to smoke, sell weed, disrespect my parents, and though I never had sex, I began pursuing ungodly relationships.

Interestingly, the friends that I hung out with would regularly attend church with their parents and would even invite me to Sunday services. Sometimes I would go with one of my best friends, whose mom really took a liking to me. She eventually became like a godmother to me and took me in every time I got kicked out from my dad and stepmom’s apartment. The church my godmother attended was predominantly black or African-American and would host bi-weekly food gatherings, which was one of the main reasons I would go. Well, and also, because I hoped to find a cute girl that I could date.

In my junior year, a classmate asked me what music I listened to. It sparked a conversation, and we started bonding over artists we liked. Occasionally, we would freestyle and rap together. I’d always had a passion to pursue music, but at the time, it was only because I wanted money, fame, and girls.

This classmate invited me to a youth group he was involved in called KIX. I was amazed at how many young people I saw enjoying singing, worshipping God, engaging in Bible study and having fun. I’d never seen anything like it, not at my mom’s church or my godmother’s church. When I went to KIX, it felt like I was hearing the Gospel for the first time. I started going to KIX every Friday, and not for free food or for girls but, because for the first time, I truly longed to know who this God I’d rejected for so long really was.

I began listening to Christian rap, and it started to change my perspective on the music I was listening to and trying to create. I started telling people I was a Christian, though my heart wasn’t surrendered to Christ. For so many years, I ran from God, questioning His existence. But one night after attending a Bible study at a friend’s house, I realized that God was real. I began to tear up recognizing the weight of my sin and also the love and grace that was waiting for me in Jesus. When I went home that night, I got on my knees and prayed to completely surrender my heart and life to God. I asked Him to save and change me. At 16, that’s exactly what HE did. He took my sin, shame, pain, anger, doubt, and 8 years later, I still rejoice in what Jesus has done for me.

Jesus has completely transformed my life. He blessed me with a living relationship with Him and grew me in ways I never thought possible. I have been married to my beautiful wife for 3 years, and we parent two adorable babies (a 2 year-old girl and 7 month-old boy). I create music to uplift the name of Jesus and encourage others to know who He is. I’m part of an amazing family at The Movement Church where I serve with the student ministry. I’m honored that I get to be a light and come alongside these students and their families to share the hope of the Gospel through my testimony.

Want to share YOUR YFC story or get involved in our matching campaign? Visit our website today!